Get tips, promotions and more!

FREE SHIPPING to Canada & USA for order over $99 CAD

Following a message from a follower on Facebook, I decided to explain what are the risks in publishing prematurely the details about a new crag under development, especially on private land.

The private message received was basically: '' I'm starting to find it frustrating to see your post on ''private'' crag / boulder / ice. Why promote it in public and drool all the followers (your customers) if they are not allowed to go there? Personally, it annoys me a lot. ''

Please note that I have nothing against the author. The comment forces me to question myself because he is maybe not the only one frustrated by this and my goal is definitively not to frustrate followers. As far as I know, most explorer wants to discover gem crags and make a contribution to the climbing community. It's pretty satisfying to open popular routes and being recognized for this. So why most of the developers keep it ''secret''? 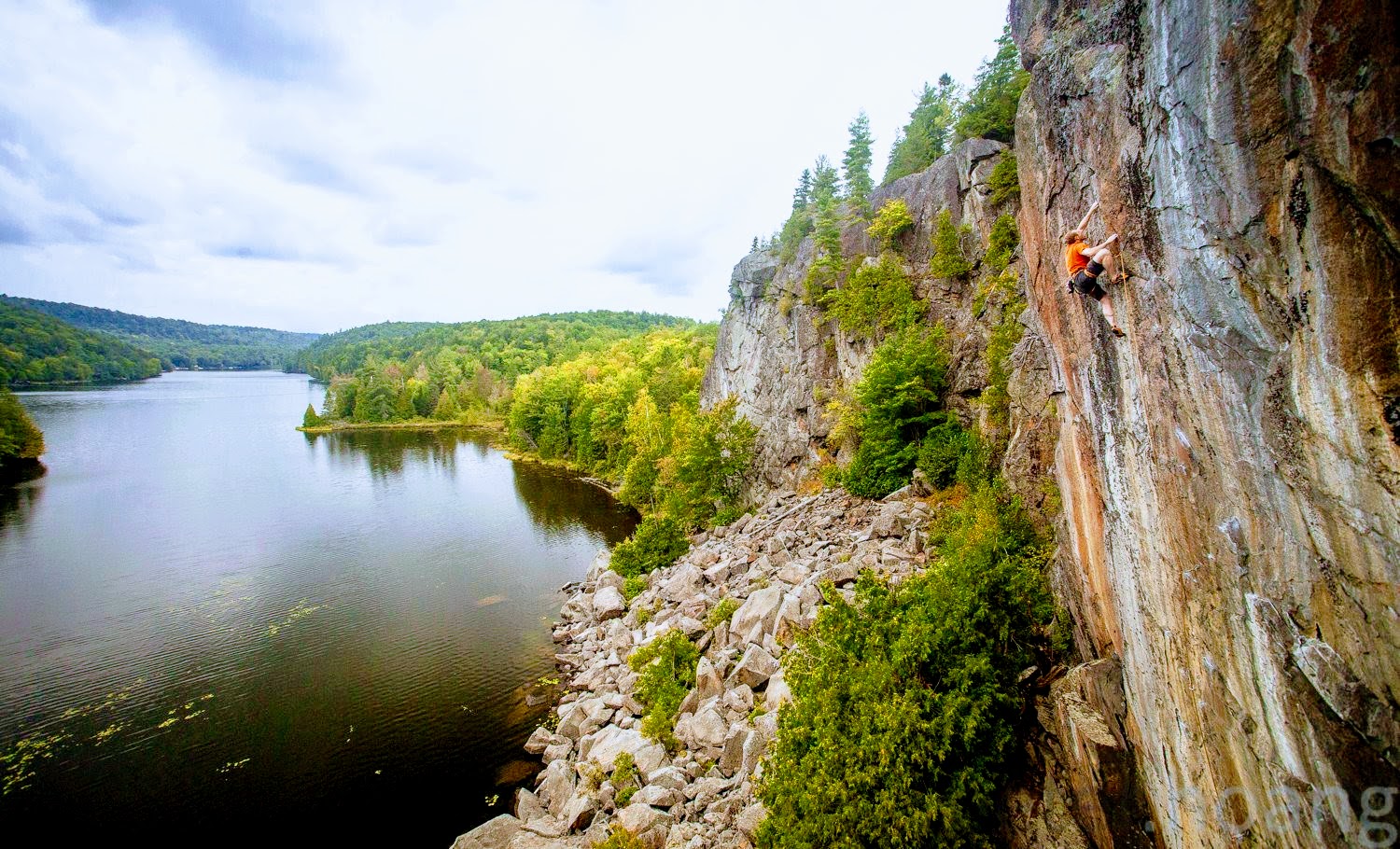 There are two majors reasons why most of the openers keep their place ''secret''.

First: What is on private land must be made according to the landowner. If the landowner gave permission to someone it doesn't mean everyone can come. Simple as that! Those climbers just can't make public was is on private land. I can understand the frustration of not being welcome on land with a cliff or boulder but it happened to all climbers that try developing new crags. I'm, myself, very disappointed when I have a ''no'' from landowners but I have to follow what they asked.

The climbing community was divided into smaller groups. Many years ago it was only ''the climbers'': one or two crazy small crew with the same visions that explored and makes first ascents. There was no gym or bouldering. Today there are many plastic climbers only, boulderers only, sport, outdoor only, explorers/developers, etc. Our sport is not like hockey: players against opponent players. Climbers should all be friends and that's why we are using the word community, not use in most other sports. However, there are still some frictions from new climbers that spend years in indoor gyms and then comes outdoor with questionable behavior. It's now a major concern and it's adding big challenges for crags access. Rock Respect has born to educated newcomers and to make sure to keep our crag open for everyone. It is for a good reason why Verti Call has contributed and became friends of this movement. Please support them too.

This brings me to my second point: We have lost too many crags over the year because of bad behaviour and I think, what is most frustrating than being a stranger climber not welcome in a crag, is to be the main developer that spend many days over many years and money to open nice crags and not be welcome anymore because of other climbers behaviour. The sacrifice is just too much.

Let's talk now about the most recent loss in Ontario. The Turtle was a cliff on private land discovered and developed in 2017 by Gus Alexandropoulos, Gerry Banning, Mike Sheehan, Dave Smart, and Reg Smart. This crag has 23 bolted routes for an estimated 500$ to 900$ of hardware. In 2018 it was officially opened, supported by a guidebook and 2 digital guides. It was also shared in Gripped magazine. The guidebook is full of warnings and recommendations to make sure the place stays accessible to climbers. 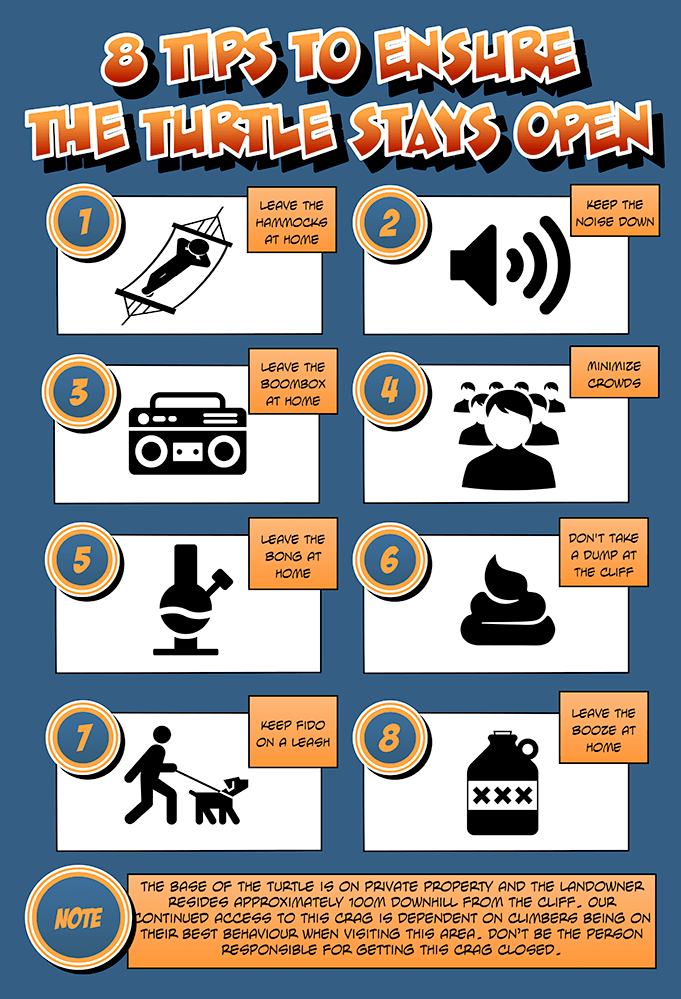 Not even a year later the shocking news came:

'' Updated Oct 1, 2018: The Turtle is closed due to excessive noise. The cliff is on private land and the owner has been incredibly generous by allowing folks to literally climb in his backyard. Unfortunately, the noise levels at the cliff have reached the point where the landowner is no longer comfortable with climbers visiting the cliff. We spent a lot of personal time and money developing the crag and it was an interesting experiment in terms of climbing access on private property. I genuinely wish that things would have worked out differently.''

History tells us a lot about what to do and what not to do. The same sad stories happened everywhere around the globe but let's briefly talk about the climbing history in Outaouais, our area.

The Eardley Escarpment was where all the rock and ice climbing started many years ago, long before the existence of Facebook. Without any social media, most developments were underground and only known by a small crew of climbers lead by Peter Silvka and the defunct Vertical Reality Gym in Ottawa. When information and guidebooks were published, the worse thing happened for climbers. The National Capital Commission (NCC), which managed the Gatineau Park, became aware of the climbing activities. With the publishing of the guidebook, NCC knew what was going on, where to go, how to get there, what part of the walls were developed, etc. To make it short, climbers revealed themselves completely. The final result as of today: The NCC has almost closed everything. Of the 20 crags, only 2.5 remain. Thousands of dollars of shiny bolts are sleeping on those walls. What was the golden age of climbing is known today as the dark era where climbers lost almost everything. The climbing crew was forced to quit the Escarpment and started developing Calabogie in Ontario, a nice crag but farther, smaller and still less interesting. We have not only lost 350+ routes. We have lost an area that could contain 1000+ routes from only 20 minutes of Ottawa downtown.

Of course, the NCC has its own reasons to closed most of the sensitive areas. From a climbing perspective, this news was terrible and because I'm a climber I'm not neutral. What we should understand again is Gatineau Park is not as public as it looks likes. This story is still a reminder of how publishing stuff can go the very wrong way for climbing access.

On private land, just having permission to develop is a reward itself. Then you spend days cleaning and opening routes. You can put maybe $1000 of bolts. After 2-5 years if your presence is still tolerated it's because you probably established a good relationship with the landowner. Showing to him that you are honest peoples, not making noise, not making fire or throwing trash on the ground, etc. How many wine bottles were gifted as gratitude to a landowner? All this within minds: should we ask to make it public, include it in a guidebook. It's always a risky bet and we usually only have one chance. With so much time, sacrifice and money invested, you have to think twice before publishing something.

This is not only for rock climbing. Outaouais had lost from a landowner the Edelweiss area and Wingless à Wingnay at Thurso, 2 majors ice falls, just to name a few. 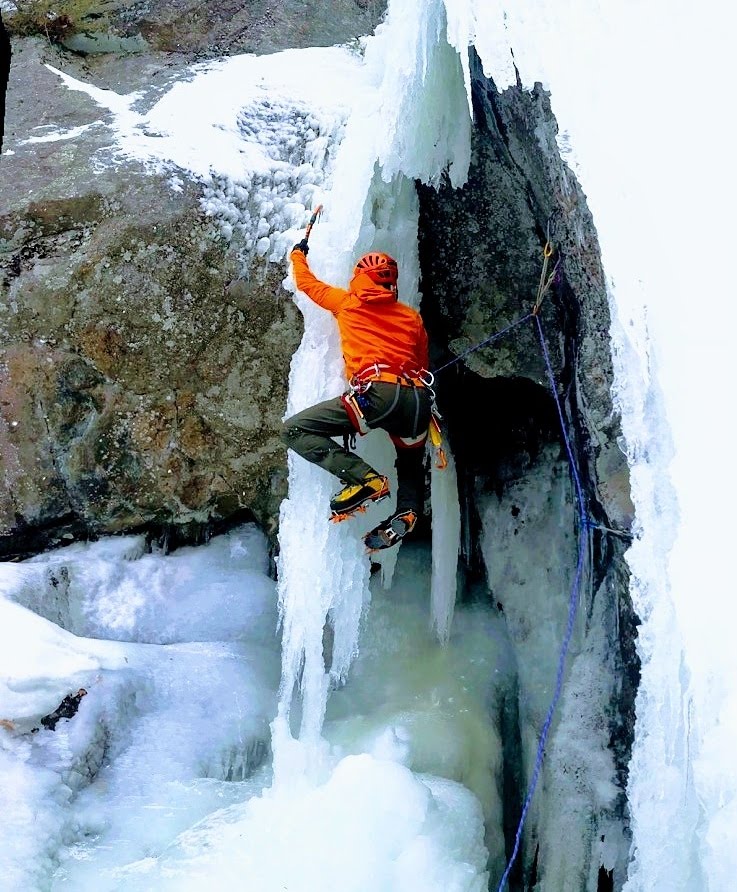 Who has never seen a virgin cliff, even barely visible, hidden by a forest or buildings? We always have an uncle or a friend that tells us he saw a very steep mountain face (this is how they call a cliff) somewhere on the other side of the lake near their cottage. However, if this guy is not a climber, be prepared for maybe a ''total crap'' with no climbing potential. Experience shows me that what is considered tall and steep for a non-climber is often very small and low angle for a climber. How many times I hiked hours in deep snow with big expectations to only find the crap of the crap. Finally, if you think you have found an interesting cliff or boulder on private land, then I highly recommend you to read CLIMBING ON PRIVATE LAND: ASK FIRST before doing anything. This short manual by the Access Funds tells you a lot.

Should Verti Call continue sharing some pictures? The purpose of publishing pictures of crags under development, in addition to the aesthetics of a beautiful shot, is to demonstrate that there are still motivated climbers who explore and try to contribute to the climbing community. The answer for me is: Of course it's good! Anyway, who wants to only see Home Cliff and Down Under? While some of us climb and train in the comfort of the gyms to become stronger, others have decided to explore dirt roads and bushes on a rainy day or on deep snow. Verti Call is the one that publishes most of the new stuff in Outaouais and it's saddened me to not be able to provide public access out large. Patience is the rule.

Not that I want to promote Verti Call but it's a young business that supports the developers because I know how difficult it is. Those openers work in the dark with minimal rewards. Because by being underground they are not always well known on social media and nowadays not many companies support or sponsor someone who does not have 20,000 followers. Verti Call has decided to take that path by supporting a few prolific openers around the country, including one in the USA. This is because Verti Call is a business made by climbers for climbers. Simple as that. Our hardware contribution has gone as far as Vancouver Island and Republic Dominican.

We all wish the best for our sport. If you want to explore and develop a new cliff, you know what to do and everyone can do it.

* All pictures are from crags under development in Outaouais with limited access. First and second pictures by Peter Hoang, the last picture by Pascal Simard.

Get tips, promotions and more!

If you have any inquiries, it will be a pleasure to help!

Shop securely on our protected platform